This is a journey along the 'Sugihara Chiune Route', which connects the areas of Yaotsu Town, Nakatsugawa City and Tsuruga City and the surrounding areas of Kanazawa City, Shirakawa Village and Takayama City which is associated with the diplomat Chiune Sugihara, who saved thousands of Jewish refugees during World War II. It will be a nostalgic journey of discovery that will take you to places associated with the great man and areas where the Japan's original landscape and traditional culture remain strong. The nature, history, and cuisine will all fascinate you. 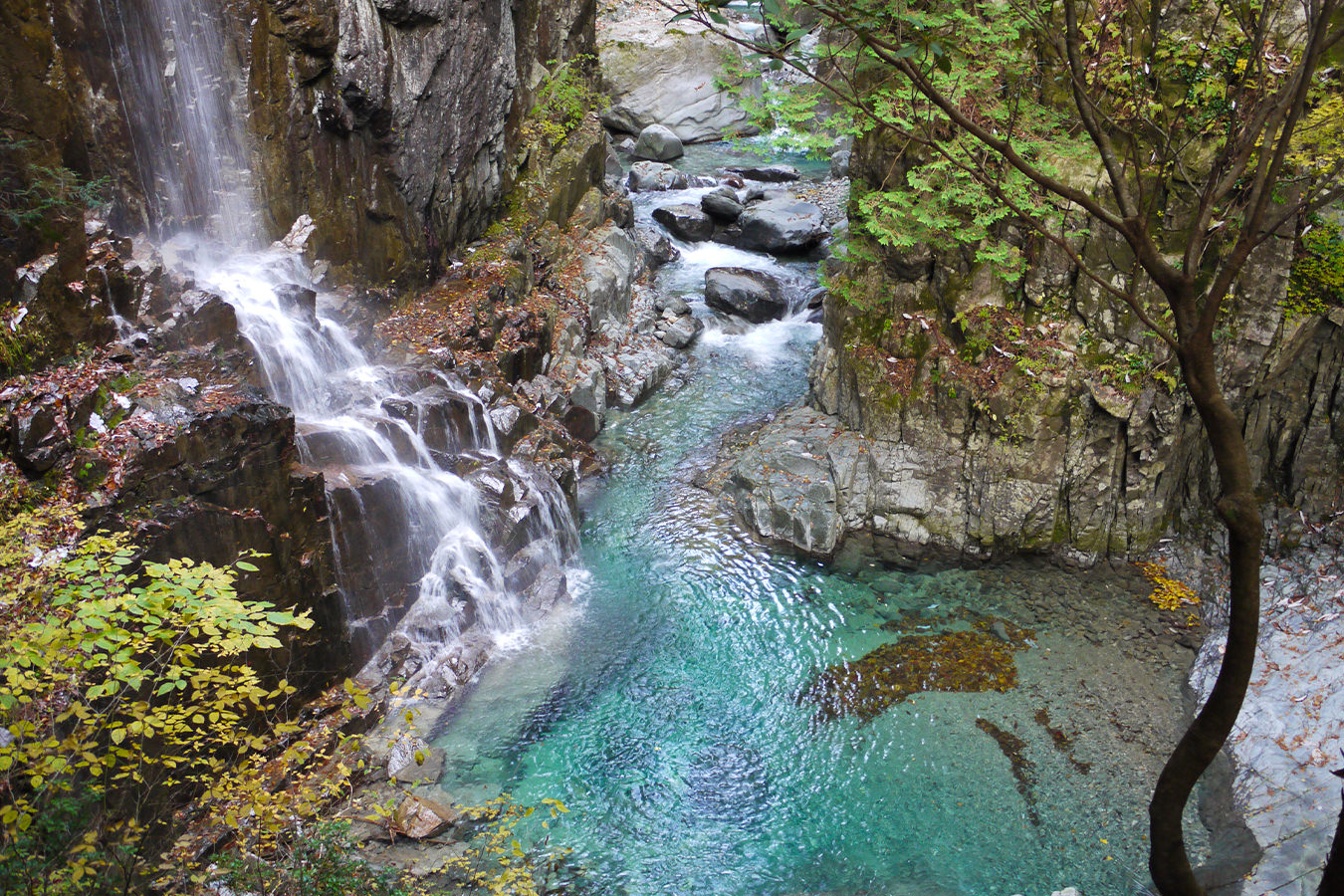 Nakatsugawa City is located in the south-eastern tip of Gifu Prefecture. The area is blessed with nature, surrounded by the Kiso Mountains to the east and the Mikawa Plateau to the south, with the Kiso River flowing through the middle of the city.
The Nakasendo is one of the Gokaido highways, which was established by the Tokugawa Shogunate. The post towns along the highways were home to inns for feudal lords and merchants as many travelers came and went.
Nakatsugawa-juku, where Chiune Sugihara spent a year and a half between the ages of five and seven, and was the 45th post town along the Nakasendo. It flourished as the region's largest commercial center of people, goods and wealth in the Edo period.
In addition to Nakatsugawa-juku, there are two other post towns in Nakatsugawa City: Magome-juku, popular for its picturesque slopes, and Ochiai-juku, a quiet post town with inns for feudal lords and still remains today. Nakatsugawa-juku, a 10-minute walk from JR Nakatsugawa Station, is an ideal place to start your journey. 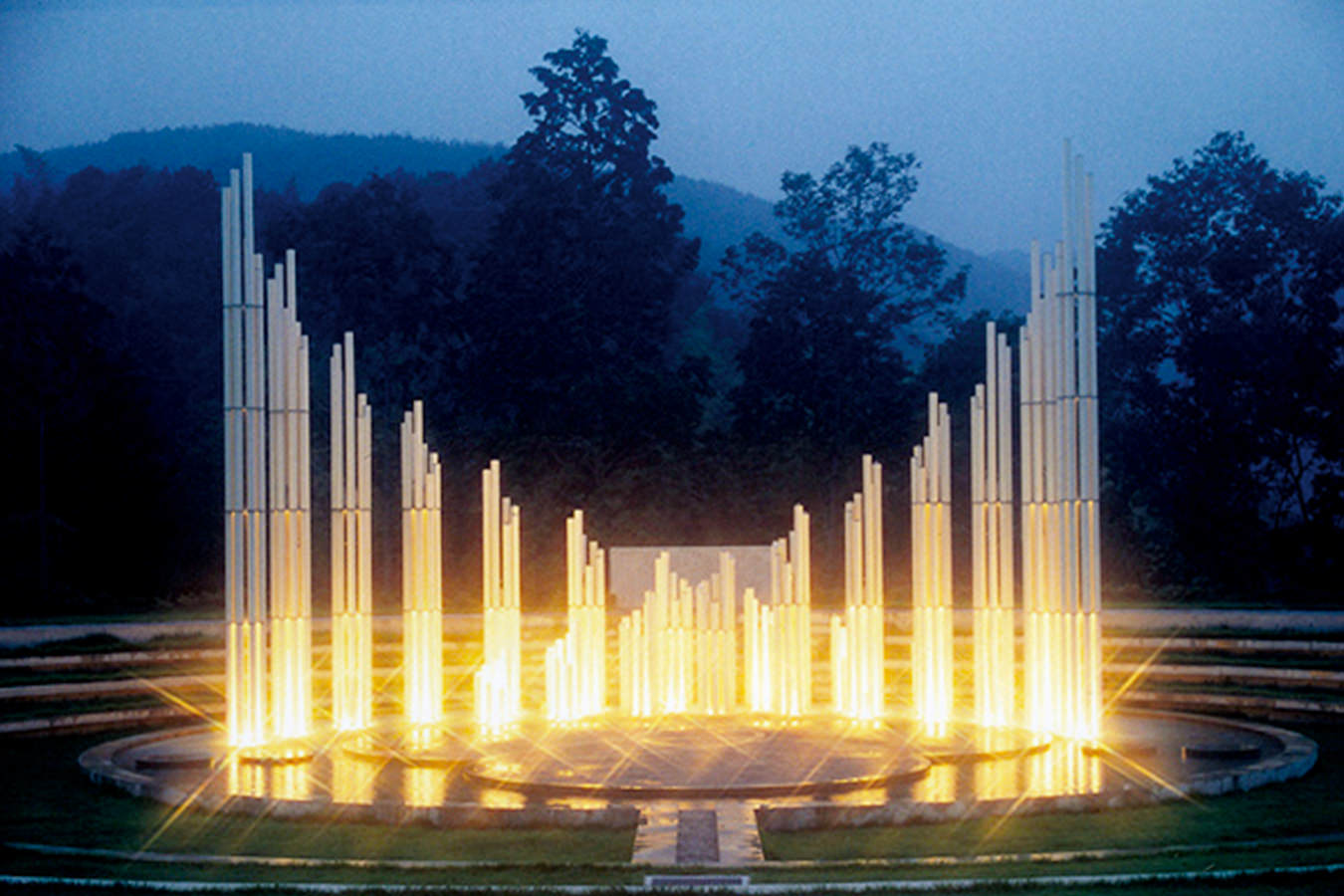 Get in touch with the love of humanity in Chiune Sugihara's hometown, Yaotsu-Town

The Hill of Humanity Park was built to honor the humanitarian spirit and achievements of Chiune Sugihara. The sounds of the 'Symbol Monument' playing peace and the cityscape seen from the 'Visas for Life Monument' are heartwarming. The Chiune Sugihara Memorial Hall built in the Hill of Humanity Park, explains the life of Chiune through the ages. There is also the 'Decision Room', which reconstructs the office of the Japanese Consulate in Lithuania at the time when visas were issued to Jewish refugees fleeing persecution by Nazi Germany. Come and experience Chiune's love for humanity and let his thoughts and feelings touch your heart. 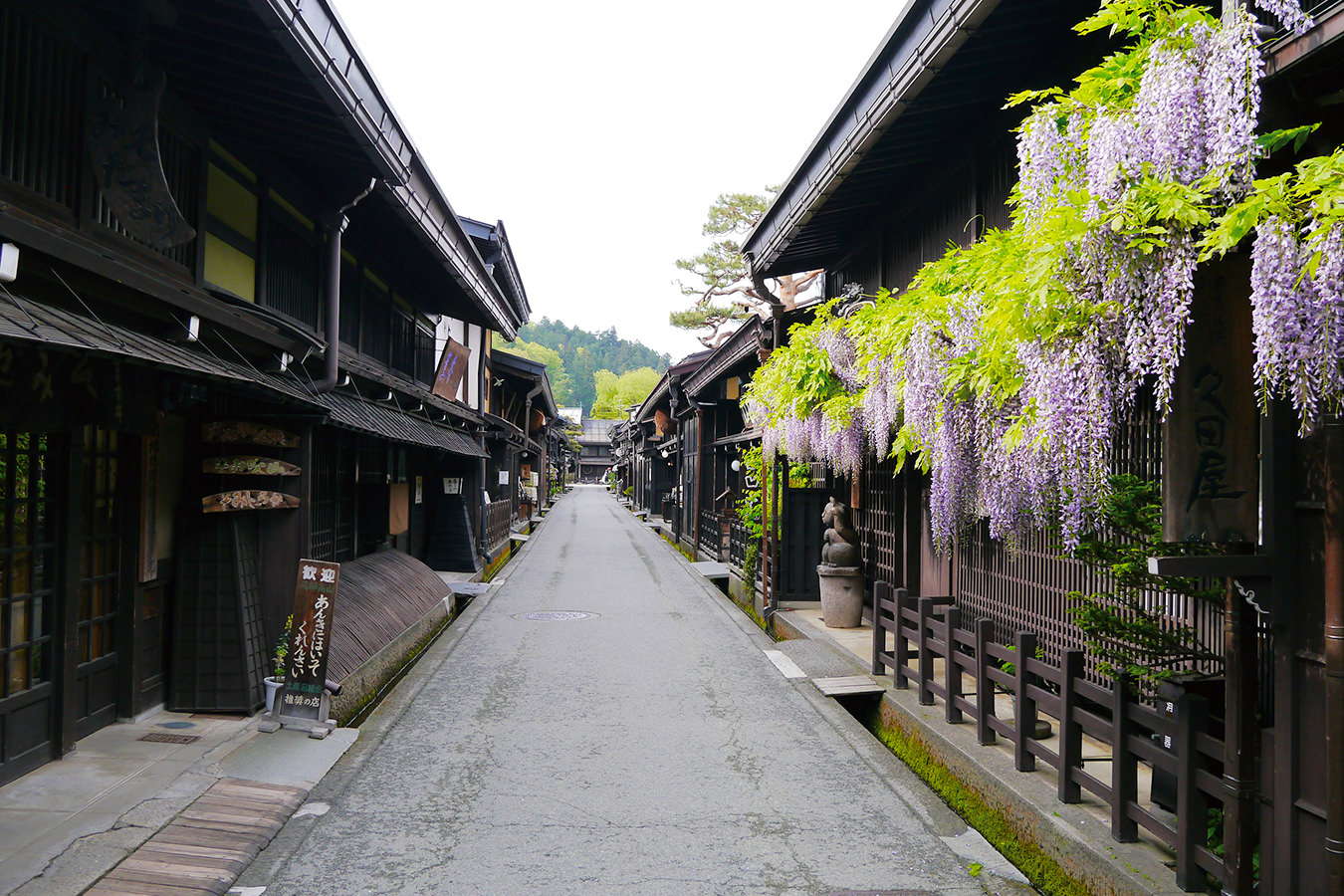 Surrounded by the mountains of Gifu Prefecture and located almost in the center of Japan, Hida Takayama is known as 'Little Kyoto'. It is a friendly town with beautiful seasonal scenery and a long and rich history. This historic town was built around a castle town in the Edo period and developed as a merchant town, continues to thrive today. In spring and autumn, the famous Takayama Festival is held, one of Japan's three most beautiful festivals. Gorgeous floats pass by spectators, reminding them of scenes from a former era. Hida Takayama has been selected as a three-star must-visit tourist destination by Michelin Voyager Pratique Japon and Michelin Green Guide Japan. 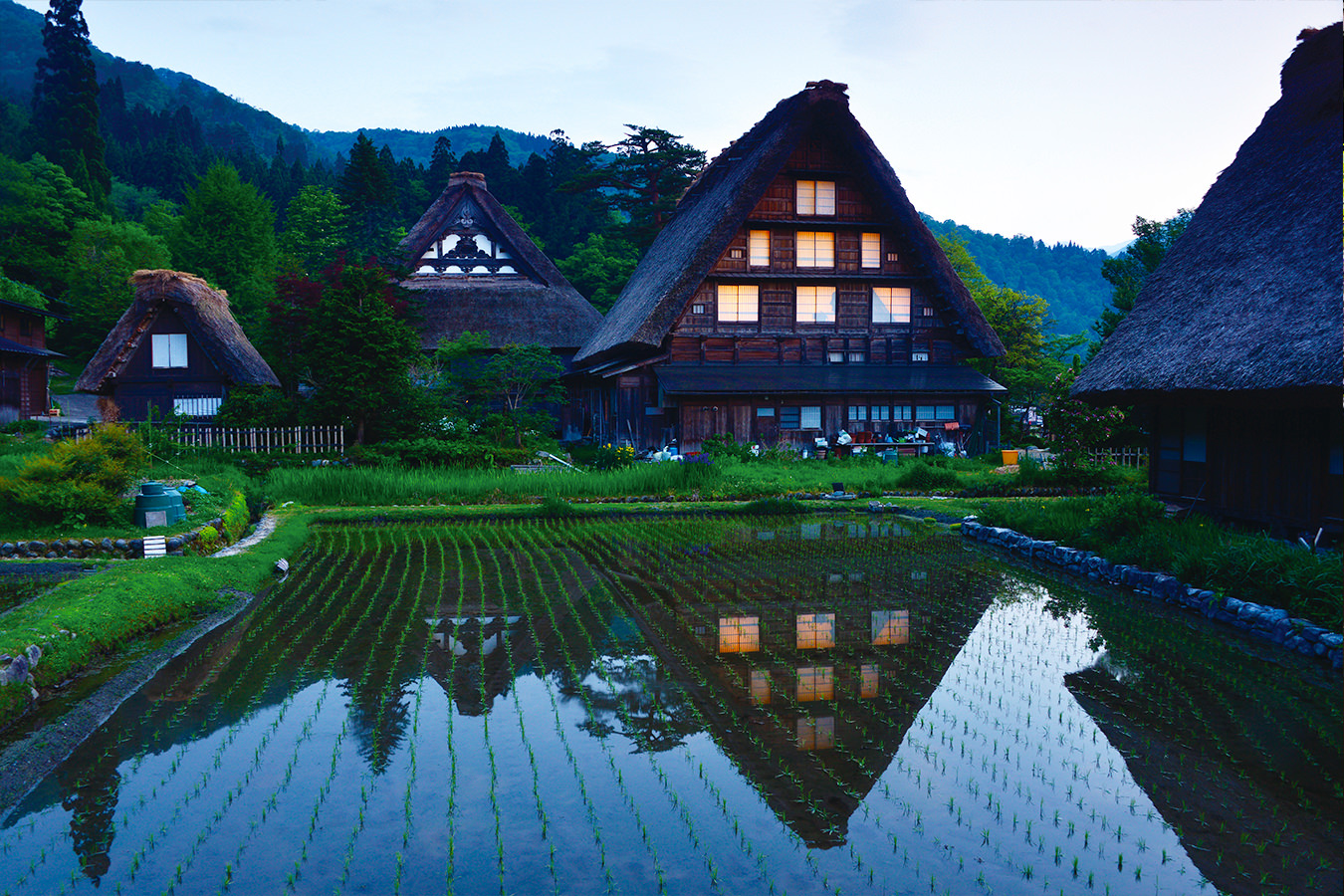 Experience the original landscape and nature of Japan

Shirakawa-go is a place where traditional rural life is still used as a way of life. A UNESCO World Heritage Site, Shirakawa-go is one of the most traditional and unique areas to see in Japan. Shirakawa-go was inscribed on the World Heritage List in 1995 as “an outstanding example of a type of building, architectural or technological ensemble or landscape which illustrates (a) significant stage(s) in human history.” Highlights include the gassho-style houses in Ogimachi. (Ogimachi is located a little north of the village center). There are facilities where visitors can experience traditional culture and a historical museum to see how the local people have lived in the past. 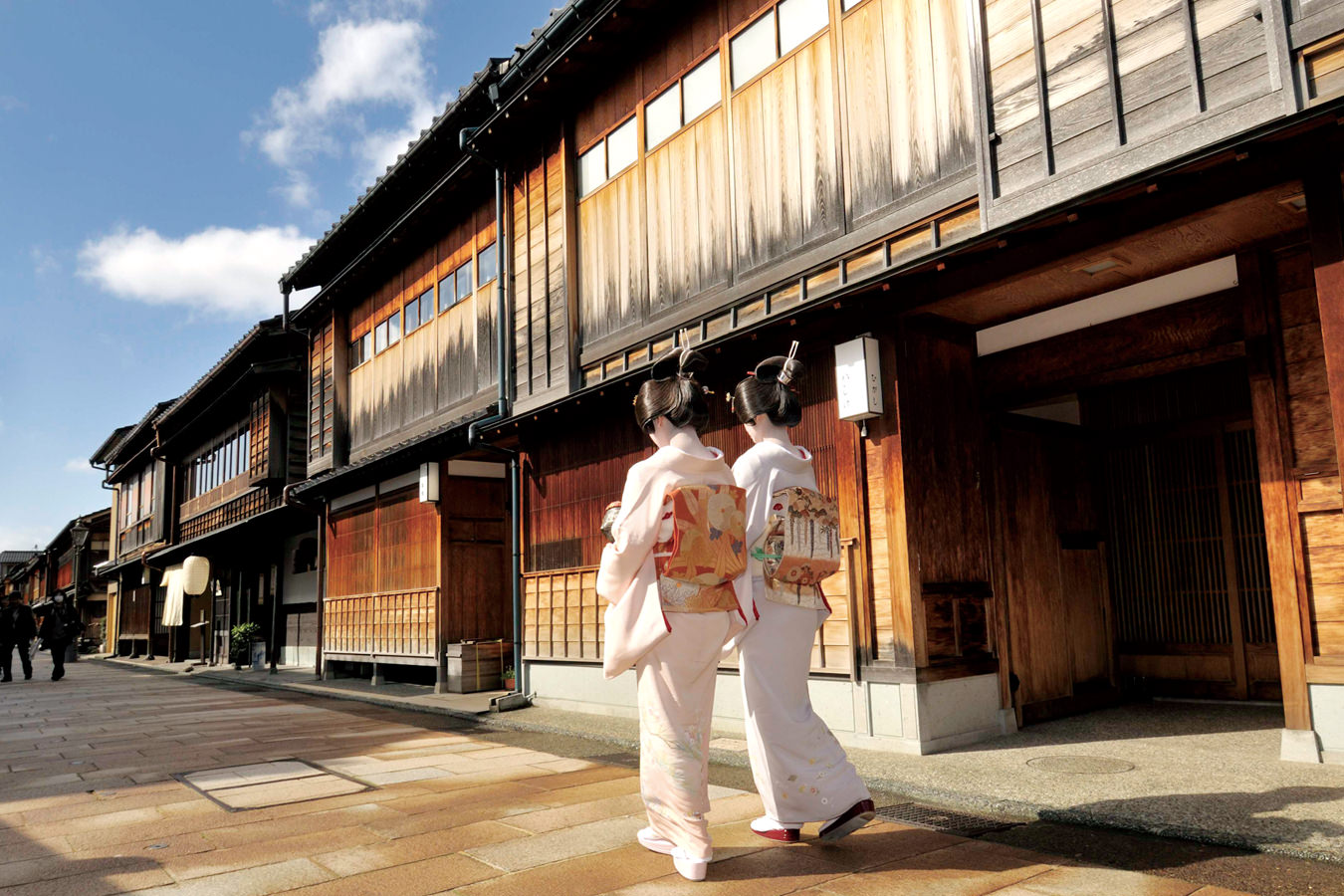 Get in touch with ancient Japanese traditions and refined art

Kanazawa became the center of Japan’s largest Kaga Domain in the 16th century. The ruins of the Maeda's castle were the center of the city, lined with samurai residences, rich storehouses, craftsmen's workshops and many temples. An exceptionally sophisticated culture developed during the Edo period (1603-1868). The city was not hit by natural disasters or wars as time passed. That is why Kanazawa today is a beautiful region of ancient Japanese traditions and refined art. The old markets, geisha districts, samurai residences and craftsmen's quarters remain intact, making it one of Japan's most enjoyable historical centers, not forgetting its finest culinary traditions. A member of UNESCO Creative Cities Network, Kanazawa is also known for its crafts and folk arts, rooted in the modern age with stunning architecture such as the train station and the 21st Century Museum of Contemporary Art, Kanazawa. 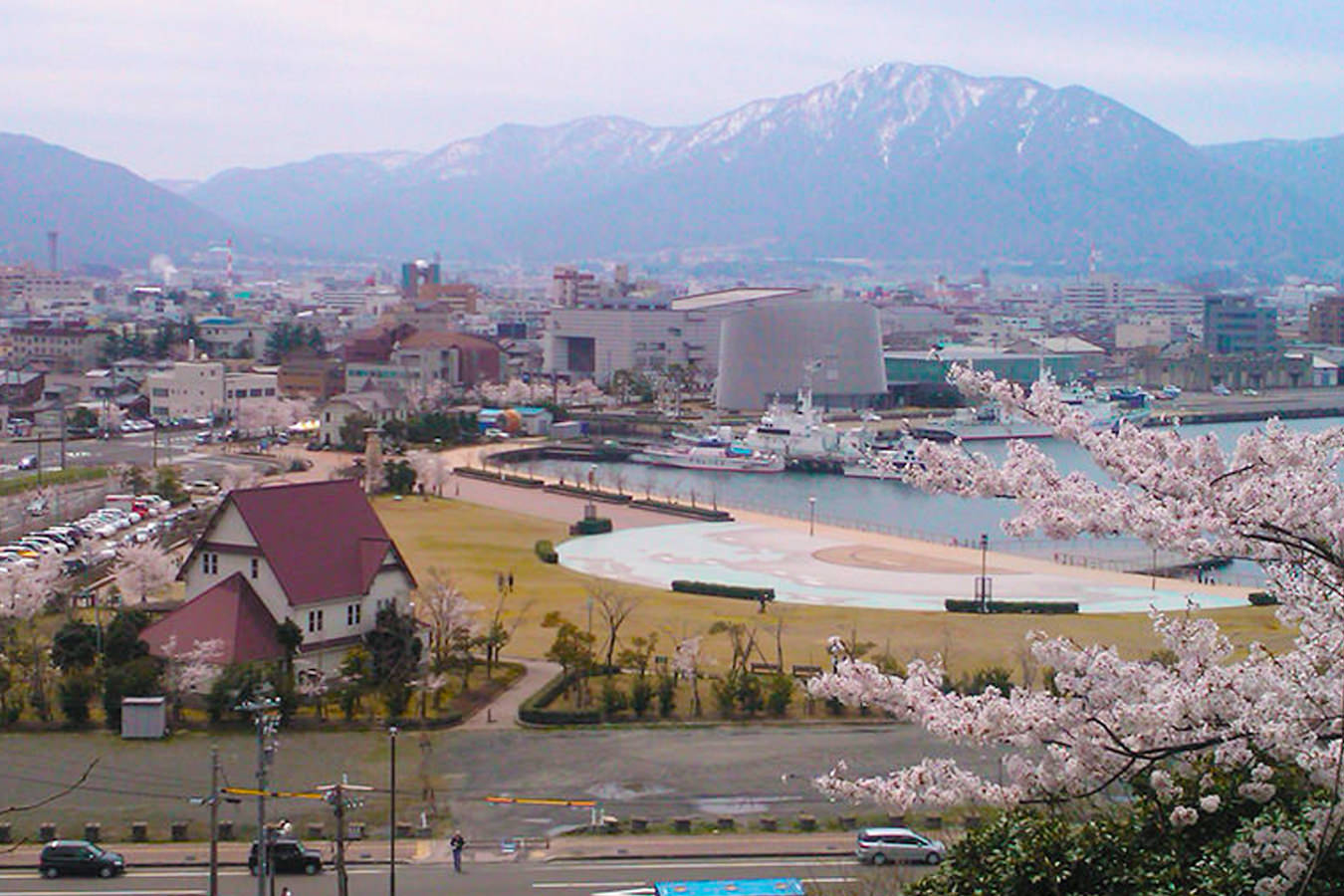 Conclude the journey in Tsuruga, where refugees landed, holding the 'visa for life' issued by Chiune Sugihara.

Located in Fukui Prefecture, Tsuruga is surrounded by mountains, untouched greenery and the deep blue sea. A taste of Tsuruga’s long history can be experienced through long-preserved traditions, old temples and shrines that portray important episodes in Japan’s past and the port, which provided means for outside contacts between Japan and its neighbors for hundreds of years. From the Meiji period to the early Showa period, Tsuruga Port served as a hub for traffic with Europe. It is the only port in Japan where Polish orphans landed in the 1920s, and Jewish refugees with 'visas for life' landed in the 1940s. Port of Humanity Tsuruga Museum, focuses on the historical facts of the Polish orphans and Jewish refugees who overcame numerous hardships before landing in Tsuruga.
In addition, pictograms and signs introduce episodes and show the route taken by the Jewish refugees who landed at that time. Enjoy walking through the streets of Tsuruga while thinking about these events of the past.